AMD’s next-generation RDNA 3 GPUs will feature enhanced ray-tracing capabilities using a “hybrid” approach. This will allow for more realistic lighting and shadows in games, as well as increased performance. Ray-tracing is a computationally intensive task, so the use of a hybrid approach will help to improve performance while still providing high-quality visuals.

What are the Enhanced Ray-Tracing Capabilities?

The next generation of AMD RDNA 3 GPUs will feature enhanced ray-tracing capabilities that will allow for more realistic lighting and shadows in games. This will be made possible by a new “hybrid” approach that combines traditional rasterization with ray-tracing.

This hybrid approach will allow for more accurate lighting and shadows, as well as more realistic reflections and refractions. The end result will be a more immersive gaming experience that will look more like real life.

So far, only a few games have made use of ray-tracing technology, but with the release of next-gen consoles like the PlayStation 5 and Xbox Series X, we are likely to see a lot more games making use of this cutting-edge technology.

How does the Hybrid Approach work?

The Hybrid Approach combines the best of both traditional rasterization and ray tracing techniques to produce the most realistic images possible. By using a traditional rasterization technique for the majority of the image, the overall render time is greatly reduced. Then, by using a ray tracing technique for select portions of the image (such as reflections and shadows), the overall image quality is greatly increased. This approach allows for the best of both worlds – fast render times and high image quality.

What are the benefits of using this approach?

When it comes to implementing ray tracing in GPUs, there are two main approaches: Dedicated hardware ray tracing (RT) cores or using traditional GPU cores with ray tracing instructions. Both have their own set of benefits and drawbacks.

Dedicated ray tracing cores are specifically designed for the purpose of ray tracing and offer the best performance. However, they are also the most expensive option and are not yet widely available.

Using traditional GPU cores with ray tracing instructions is a more affordable option, but it comes with some performance trade-offs. However, AMD’s RDNA 3 GPUs will feature a new “hybrid” approach that combines the best of both worlds.

This is an exciting development for the future of ray tracing in GPUs, and it will be interesting to see how this new approach performs in real-world applications.

While we don’t know much about AMD’s upcoming RDNA 3 GPUs, we do know that they will feature enhanced ray-tracing capabilities. This is thanks to a “hybrid” approach that combines traditional rasterization with ray tracing. This will allow for more realistic lighting and shadows, as well as other effects. We’re looking forward to seeing what AMD’s next-gen GPUs can do! 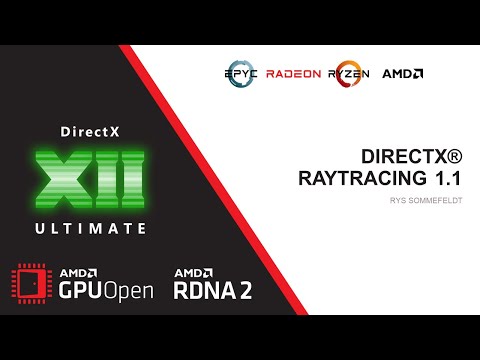